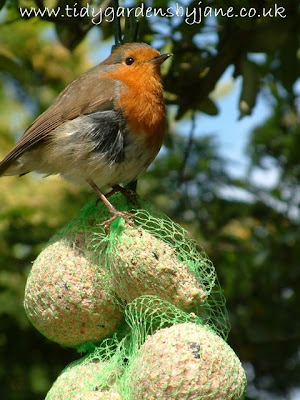 There are some days spent gardening that you just don't want to end. 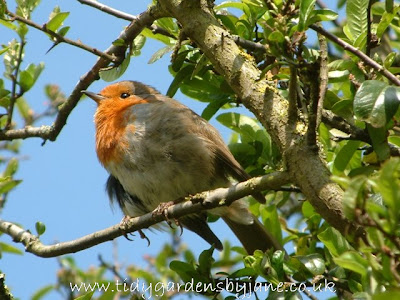 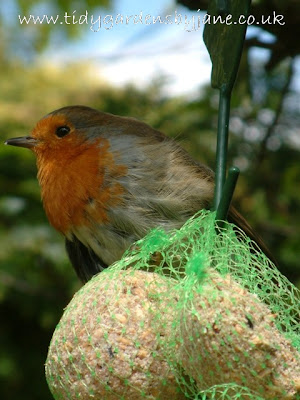 Not wishing to see me garden alone, I was joined by Scruffy Robin and House Mouse.
Scruffy Robin spent the afternoon hopping around my gloved hands filling his tum with evil vine weevil grubs that I found in a Spirea pot, fatballs, worms & other wriggly creatures I unearthed. 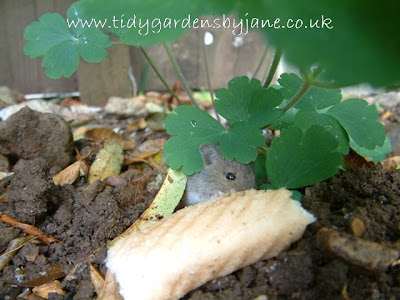 House Mouse made an appearance later on, with a mission to nibble its way through this huge piece of bread before anyone else nabbed it. The pair of them were completely unphased by my presence and it was only sudden shower that ended our time together. Actually they stayed gorging themselves, I legged it indoors for fear of ending up like the Wicked Witch of the West. 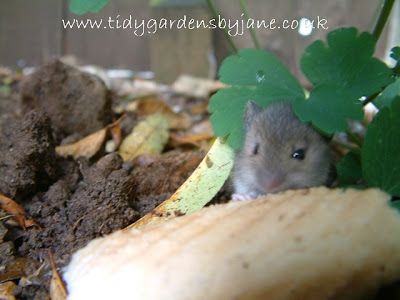 This picture is a bit blurry as I was trying not to tread on my newly dug-over bed, but I had the lens about 2 inches from his nose & it didn't even flinch.
Perfect gardening companions.
Posted by Jane

Email ThisBlogThis!Share to TwitterShare to FacebookShare to Pinterest
Labels: Birds

Those are magical gardening moments. Glad you and your adorable companions had that time together. :-)

Why is it that I never see anything like that - my only companion when I am gardening is the next-door neighbours'cat - who tends to eat anything that moves - perhaps that's why I don't see anything.

Wow, they're brilliant shots Jane. They're not stuffed are they? Dave

Great photos, especially the very tame mouse. He must have been very hungry.