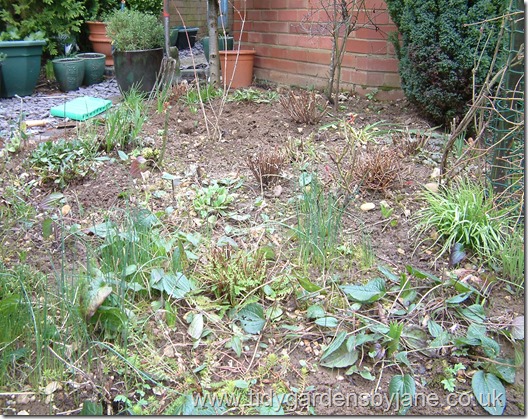 The Tidy Garden Patio Bed had got a bit…you know…boring. It looked ‘ok’ in the summer but only ‘ok’…the rest of the year it had got a bit….well…boring.
There were tired old conifers on either side of the French doors, like a couple of old, heavyweight bouncers, just there, not ‘luring in the ladies’, so they had to go. Woody Lavenders needed replacing, the Peony had used up it’s 5 lives & there were several Spirea more worthy of front of house than back stage positions. So everything, except the Acer, small Prunus & lollipopped conifer, was dug up, trimmed, roots buffed & replanted in the right place. 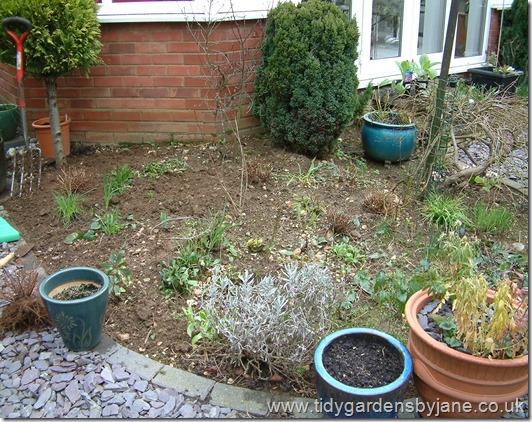 A few purchases, a bit of tweaking and the spring Patio bed is complete & poised for summer. 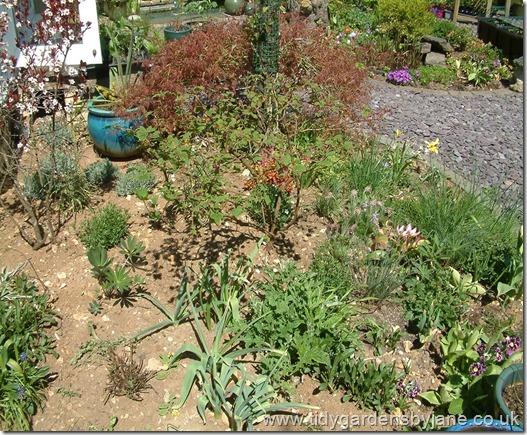 So here yer go… centre stage has gone to a pink Flowering Currant (Ribe) which, believe it or not, just appeared in the Shady bed a couple of years ago from nowhere. I’ve put it in the middle to grow into an ‘architectural’ feature rather than a ‘blocky’ shrub. 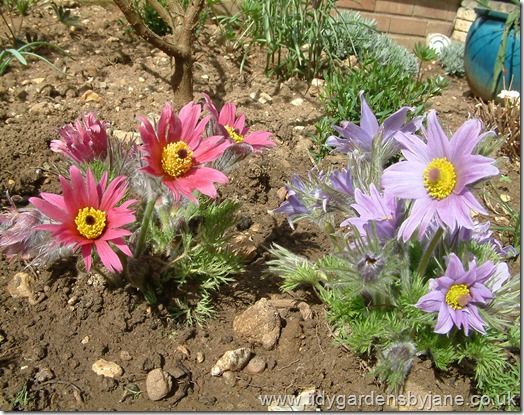 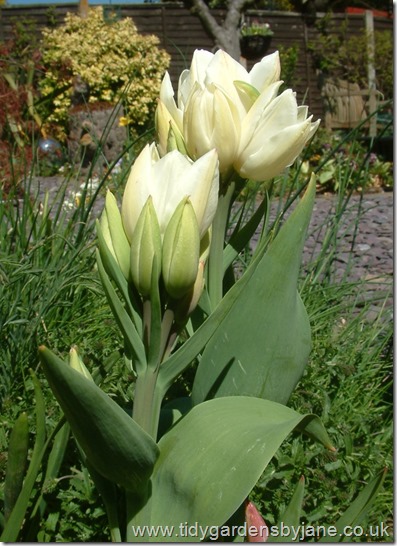 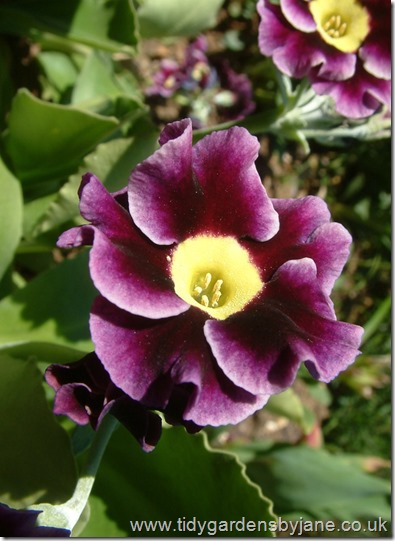 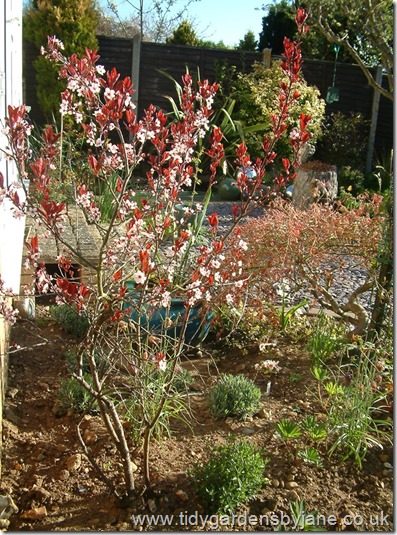 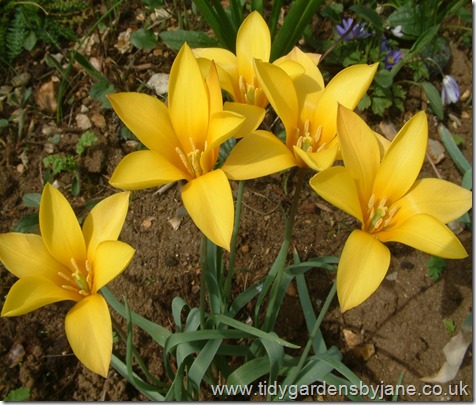 Some of Mr TG’s purchases, he buys plants like I buy wine, if the label looks pretty, that’ll do for him. 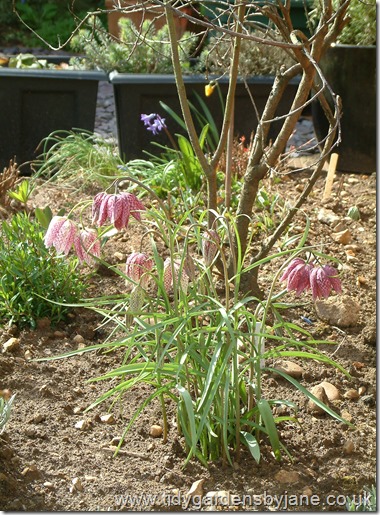 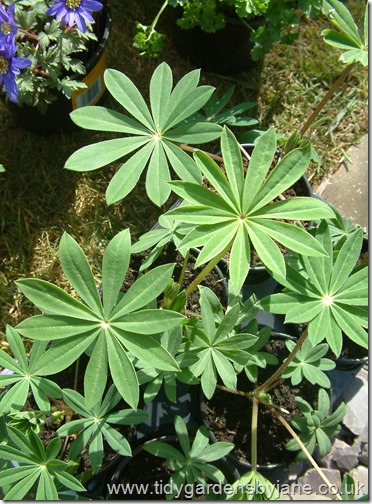 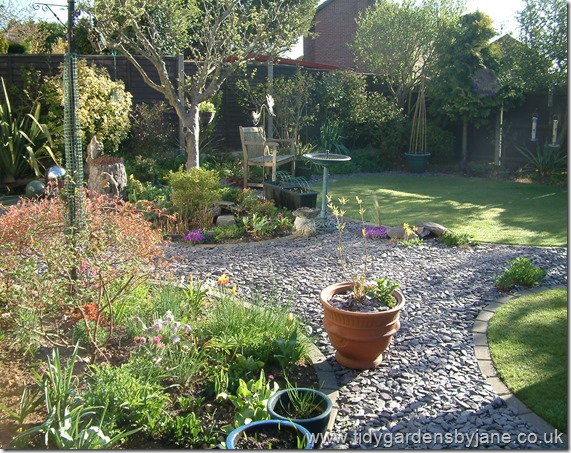 Email ThisBlogThis!Share to TwitterShare to FacebookShare to Pinterest
Labels: Before & After, Spring

So very pretty Jane, what a lovely backyard..very inviting, could sit and just look around for ages..bet it looks stunning when all who flower...flowers!!

Nothing like a good revamp! Looks good, and will look even better next year when filling out a bit :-)

I tried pulsatillas in my garden, not enough sun I think, some came back the next year but after two years they were all gone. Shame cause I liked them.

Very tidy!! All looking so much better. You've picked a few beauties and that tulip is a stunner!!
Doing a bit of a make over/tidy up myself this weekend but I've run out of rock!