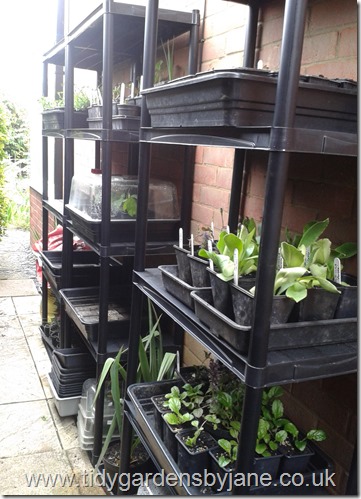 Regular visitors to this wee blog, family & friends will know that I’m an easily pleased kinda soul and small ‘things’ can get me quite excited.
(I’ll pause a while & wait for those smuttier readers to compose themselves…….)
Ready?….
Well you may recall the ‘beginnings’ of my next dream which was to have a nursery of my own one day. The Tidy Garden isn’t big enough to house greenhouses or polytunnels, it’s just your avarage sized garden so the only spare space is the unused path up the side of the house. Here I’ve installed 5 shelving units but with the cooler days ahead I’ve got my mitts on some tomato greenhouses to give my seedlings some protection. 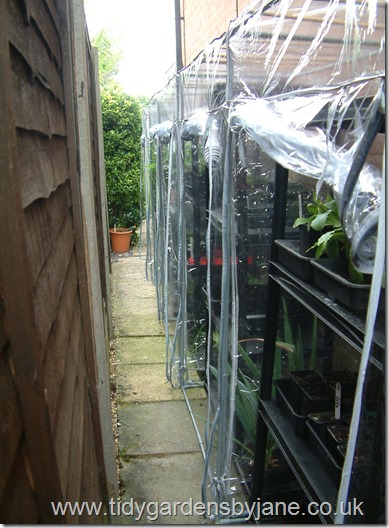 All was going fine until the first rains…disaster struck! I hadn’t taken into account the flimsy roofing & large air-vent holes. Being plastic the roof just collapsed in on itself & the rain gushed thru’ the holes.
It was at this point that a career in aquatics suddenly appeared a better option…everything was flooded in one downpour!
Enter the A-Team (…the ‘A’ standing for ANOTHER disaster dealt with )… 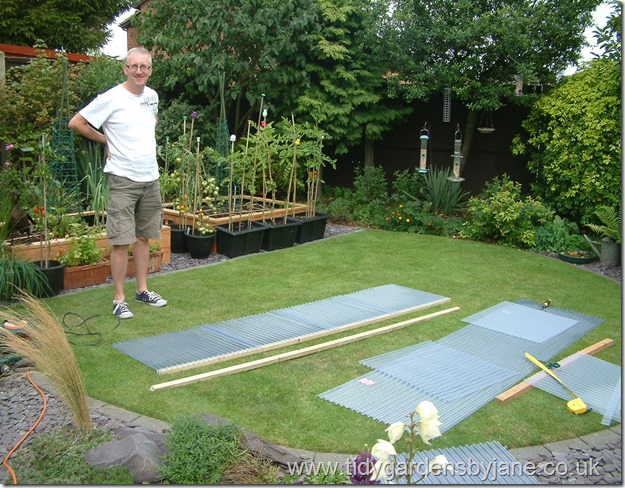 ….a bit of Blue Peter thinking, a lot of ‘umming’ n’ ‘arrrring’ and someone who can be trusted with a drill….et voila…Roofing!
All very Heath Robinson but hey ho! Gotta start somewhere. 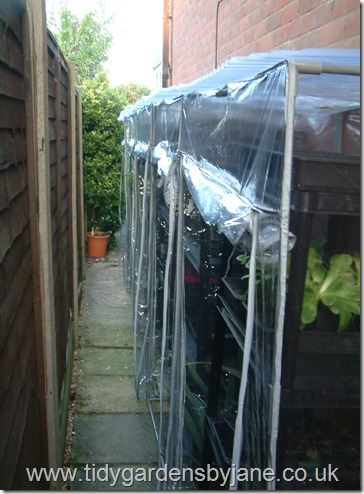 So of course it’s not rained since its construction but today we have a slight drizzle, not quite the torrential deluge we were forecast & I’m not sure how well it’ll hold if it snows during the winter but at least it should offer some protection & I can put ‘Aquatic Nursery’ as a stand-by occupation for now.
Meanwhile, on the look out for that winning lottery ticket so I can get a small piece of land to expand….(phase 3) 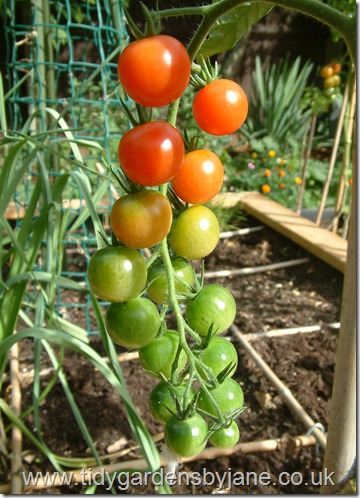 Just a few updates….the tomatoes are finally ripening. Not many have made it to the kitchen as we keep eating them as we pass by. 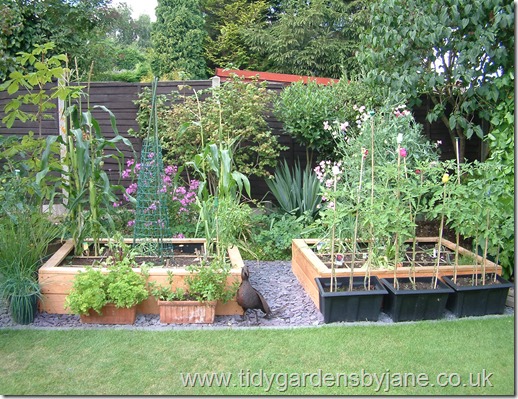 The raised beds have been more or less cleared now, just onions & leeks remain. Earlier in the year when the Tidy Garden offspring picked up what looked like half a dozen blades of grass in a pot for £1.49 advertised as ‘Sweetcorn’, I do recall ‘guffawing’ at the time & pointing out that we’d need lots of space as well as questioning whether the contents of the pot were in fact kitty-grass rather than sweetcorn. I personally can’t stand the stuff, feels like eating Lego-offcuts but the kids love ‘em so the challenge was on. Well how wrong was I…you could have knocked me down with a feather & called me Gladys! 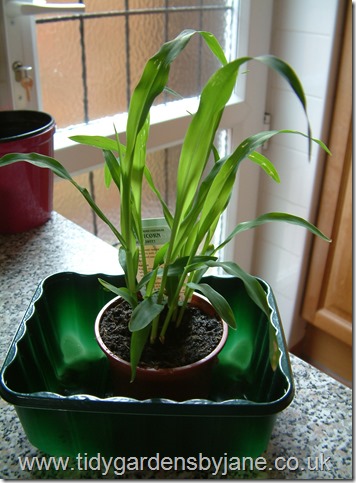 I put 4 in one of the squares of the raised bed & the other 2 in with some leeks & we’ve had at least 3 husks per stem and what amazing plants to watch grow. See just what you can grow in such a tiny space and cooked within seconds of being cut. 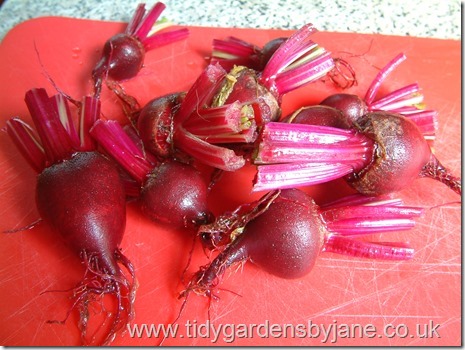 have been delicious, spring onions hopeless again. Can’t figure out just why I can’t grow them when they should be so easy….grrrr.
Our first attempt at broadbeans have been a triumph, initially grown for Mr TG but we’re all hooked on them now so will grow more next year. 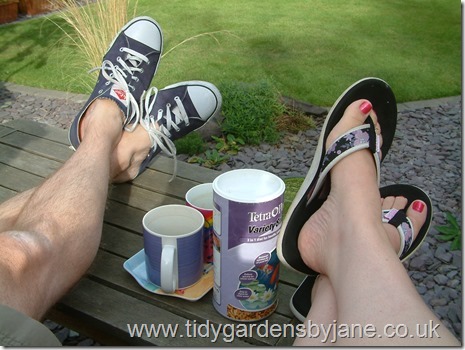 Time to sit back & enjoy our hard work (excuse the ‘trotters’ on the right!)

Well Gladys, glad to hear you admit you were wrong! Fabulous pictures, everything looks lush! It will be exciting to see what comes out of the nursery next year!

Starting a new business has to be a steep learning curve! So good that the A-Team saved the (rainy) day! I hope your new venture turns out well, and that everything makes it through the winter just fine.

Your greenhouses look lovely, where did you buy the zip-up plastic covers? Looks like they fit very well on the shelves! I have thought about getting something similar on mine but haven’t got around to look for it yet, taking care of spring seedlings is a bit far away yet – I am still dealing with my summer plants!

Hope you win the lottery, I have been dreaming on a win for years so I could get a bigger garden :-)

Thank goodness your trotters weren't the ones on the left,then I would have been concerned..lol..
I love your greenhouses...I have just found something very similar and as my yard is long and skinny and very hot sometimes, I plan on getting a couple..lovely crops,those tomatoes made me drool as it has been a long winter without them.Happy Gardening..

Thank goodness your trotters weren't the ones on the left,then I would have been concerned..lol..
I love your greenhouses...I have just found something very similar and as my yard is long and skinny and very hot sometimes, I plan on getting a couple..lovely crops,those tomatoes made me drool as it has been a long winter without them.Happy Gardening..

Are you eating fish food (and not the ben & jerrys variety???) Great post - would you consider an allotment??