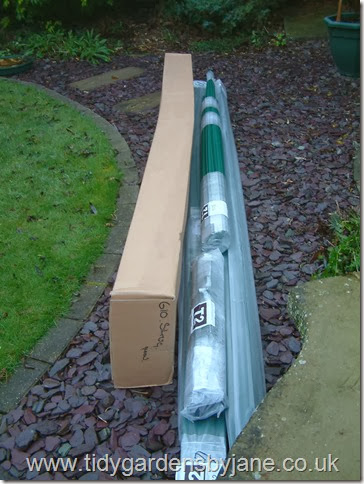 Up until now (and please don’t let this be a curse) I have been too anxious to reveal the latest addition to the Tidy Garden. My longed-for greenhouse arrived mid December and with all the gales we’ve had since its erection I was beginning to doubt weather there would be the 'big reveal’ to write about or a pile of twisted metal to sob over. 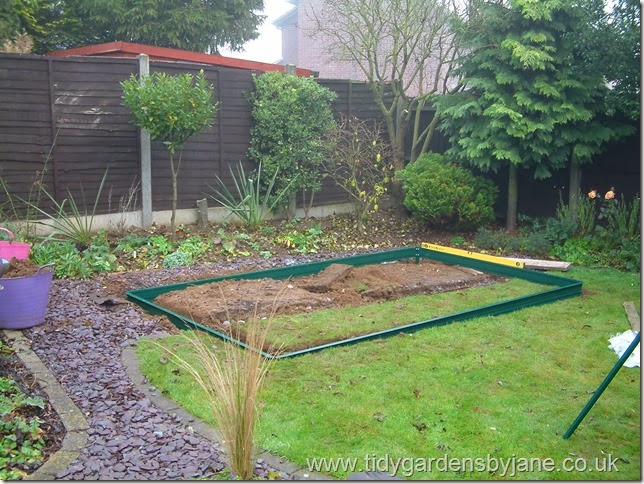 Had Mr TG & I attempted to erect the greenhouse we would, 3 weeks on, still have been at this stage…base down but weeping pathetically out of shot at the reams of installation instructions. 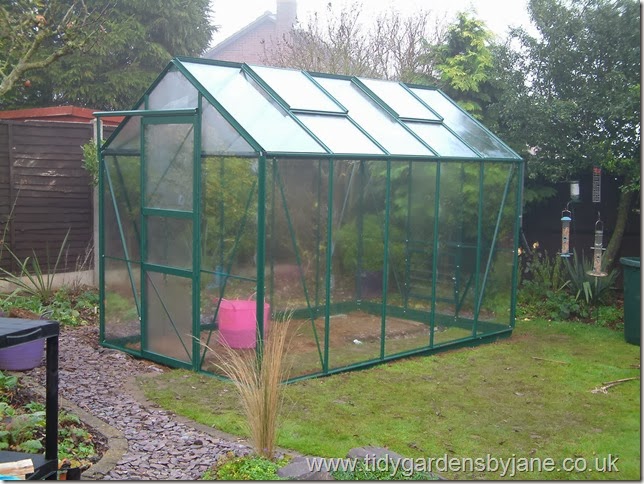 Thankfully, qualified fitters were on hand and had is all up within a few hours.
She’s a gorgeous 6’x10’, Simplicity ‘Shugborough’ with a high-eaves roof. 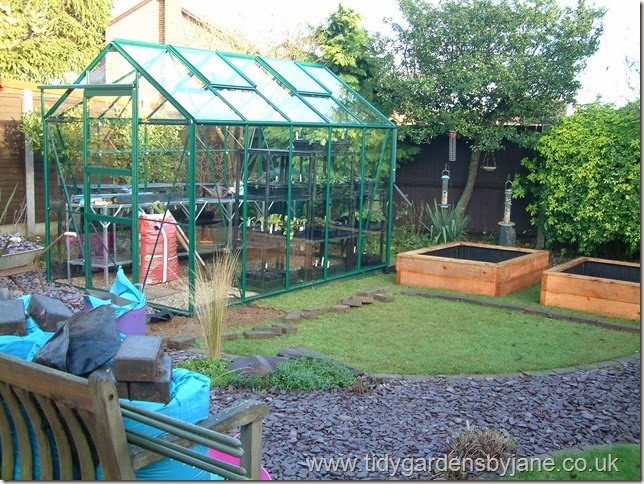 Long gone is the circular lawn (now a quarter circle) & the raised veg’ beds have been moved. In between gale force winds, hail & rain (oh….and Christmas & New Year celebrations) I have been digging out turf & creating new slate pathways. I attached a huge water-butt to the guttering in the far corner and it’s already overflowing, just need to get my mitts on another one for the other corner. 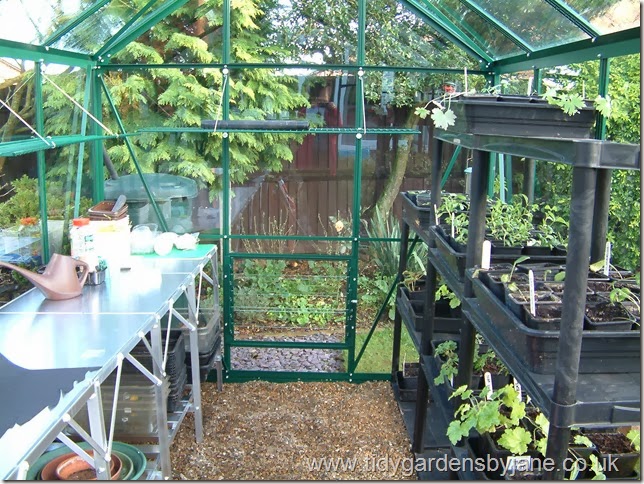 The flooring inside is a thick layer of pea-shingle, I have some odd stepping stones that I shall eventually lay up the middle. On the left is some ‘official’ staging & wall-hanging shelves (which took almost as long to erect as the whole greenhouse) and on the right is the shelving that I bought last year & had up the side-alley (That’s all gone now). There’s still floor space free to have a go at greenhouse crops this year. 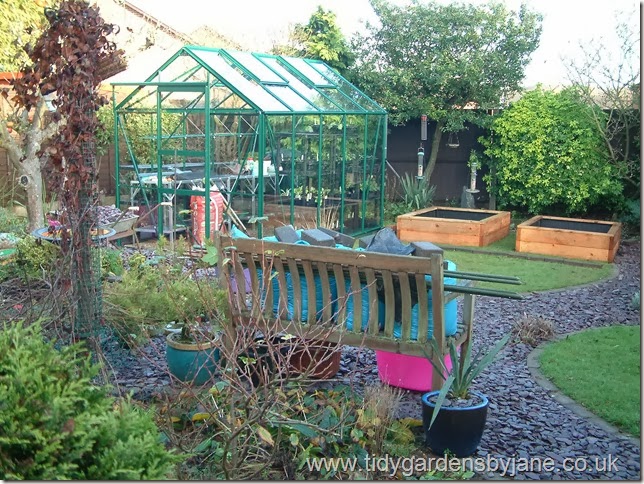 So there you have it…work to do in bucket-loads, shed-loads of excitement and it’s only the 1st of January. Prepare to be bored senseless with the next phase of my gardening dreams.

Happy New Year to you all and Happy Gardening!

Email ThisBlogThis!Share to TwitterShare to FacebookShare to Pinterest
Labels: Greenhouse

Whoop!!! It looks fab - lucky lady!!! but your heart must be in your mouth with this sh*tty weather blowing a hoolie!!

Simply fabulous - a gardener's dream, Jane! This new arrival looks just perfect in its spot too. May you spend many happy hours in your new greenhouse, Jane! Do I see a chandelier in that photo? I believe I do ... :-)

Just fabulous Janey! I'm so very happy for you! All the best to you and your family in 2014!

Looking good.
You're gonna have heaps of fun with that this year!

A greenhouse! I am soooo jealous! Sadly, a greenhouse that size would have taken half my garden, but boy would I have liked to have a garden big enough to have one. Have fun!
Oh, and Happy New Year!

Oh how exciting!! It looks great, and I know you'll enjoy it! Mr. Red House promised me a greenhouse if we moved, but it will still likely be another year or two before we actually get one. (Of course, I'm definitely holding him to that promise!) Enjoy, and happy New Year!

You lucky girl. I see years of joy ahead. Will you grow plants for your business?

Greenhouse envy here Jane! You lucky girl!
We shall be looking forward to it bursting at the seams in no time!
Wishing you and your Tidy Greenhouse all the best in 2014!

Oh, how exciting, Jane! That is a very handsome greenhouse. Enjoy! P. x

I love it!! When I was in England last summer, I couldn't believe how many people had greenhouses in their yards. They're very rare here. :( That will be so much fun to putter in this winter. Way to go! :o)