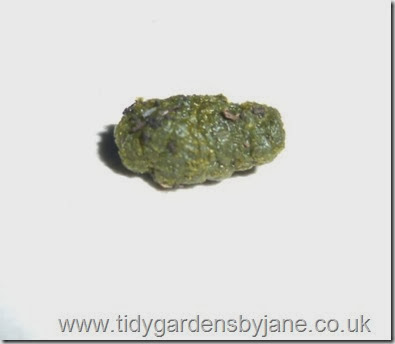 Apologies if you’re eating your tea.
This is a poo…Fact!
Thankfully not a life-size image, but this 10mm monstrosity, and several others were found on the conservatory floor last week sending Mr TG reaching for the silicone sealant & sealing every hairline crack on the walls for fear of mice. 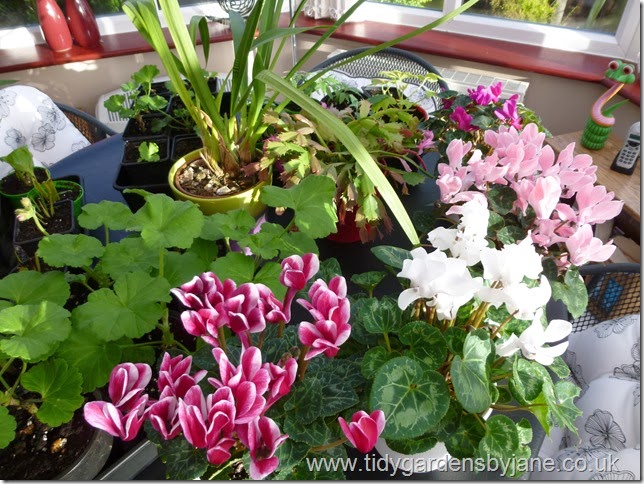 As well as bits of soil here n’ there, oh….and over there on the table, I noticed some of my cyclamen leaves were looking a tad tatty. 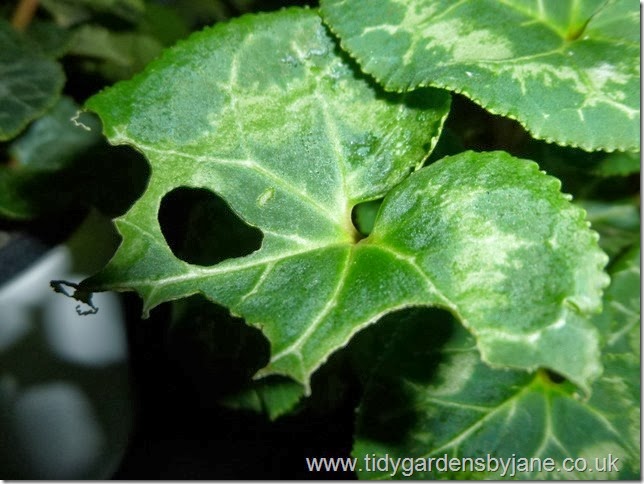 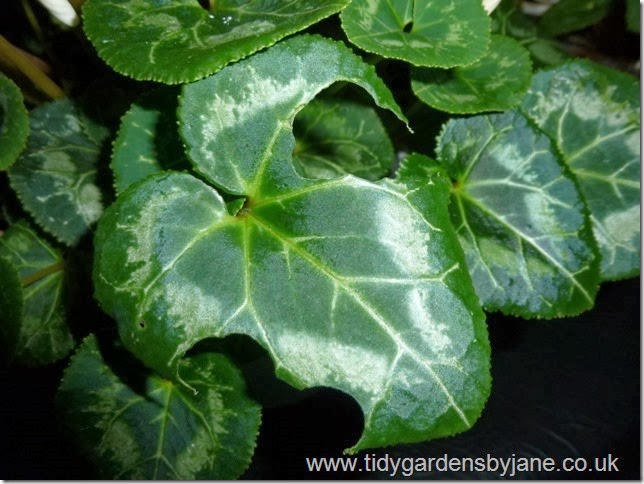 So I Googled ‘What’s eating my cyclamen & leaving poo?’ and found 2 other victims who suggested…Caterpillars.
Caterpillars! Caterpillars! What sized caterpillars do poos that big and so many!!?? 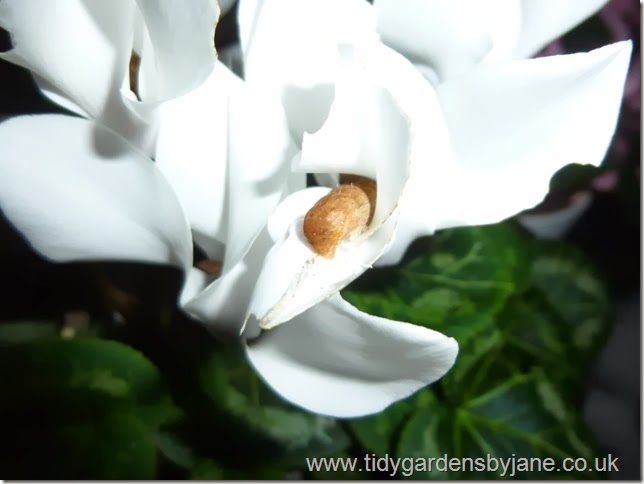 Dressed in full body armour & wielding a baseball bat, I returned to the conservatory with caution fully prepared to face the Jabba the Hutt of caterpillars. 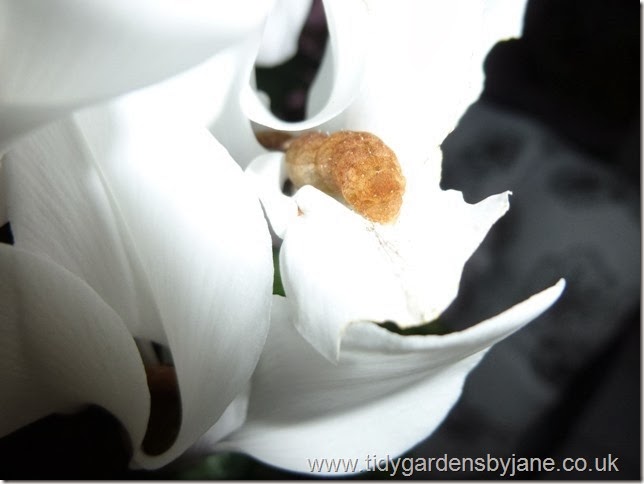 More poos greeted me and there it was, in all its hideousness, hiding in one of the flower heads. Surprisingly only an inch long… 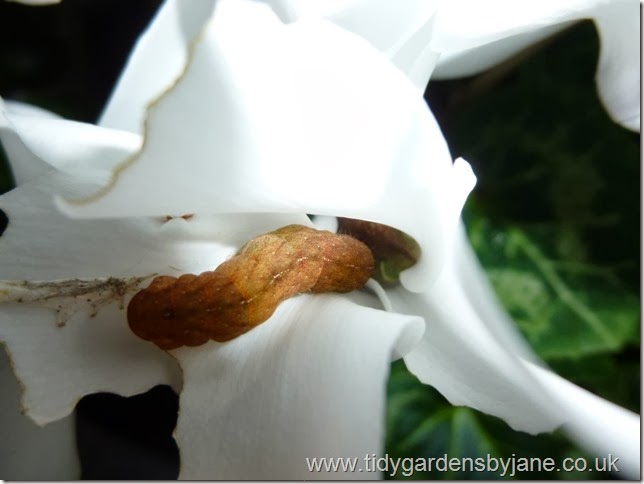 … and there was only one!
Apparently Caterpillar poo is called ‘Frass’ and I can now report that the conservatory is now a ‘frass-free’ zone and the frassing / eating machine is now in the compost bin where he can poop n’ eat to its hearts content. No idea what it’ll turn into, butterfly, moth, Jabba the Hutt, just thankful it wasn't a giant earwig.
Don’t have nightmares kids!
Posted by Jane

Email ThisBlogThis!Share to TwitterShare to FacebookShare to Pinterest
Labels: Houseplants

Aw, I'll bet that little caterpillar thought he had stumbled onto the good life finding his way into your conservatory! If only he had hidden his 'evidence'!

Definitely easier to deal with than a family of mice! Glad the evil demon has been removed!

Jane this made me smile was imagining a Caterpillar the size of a large rat the size of that poo, so glad you managed to get rid of it poo and all. Love Alison xx

We have really big caterpillars here called hornworms that leave big piles of poo. When your caterpillar has a butt so big it leaves poo big enough to see, there's a problem! Hope you don't have earwigs!

He's a big boy! Does make you wonder what he'll turn into. He should have learned to poo in the dirt!