So here we are at the end of Feb’ already, how time flies.
The greenhouse (that gorgeous building in the middle…lol) is still standing. It’s taken more than its fair share of wind n’ rain battering in its short life and continues to provide me with such a thrill every time I open its sliding door.I nipped out quickly to get an undated panoramic view of the Tidy Garden for my ‘end of month’ review.
It doesn’t look like much has changed in the past month from this angle but take a closer look & the garden’s alive! 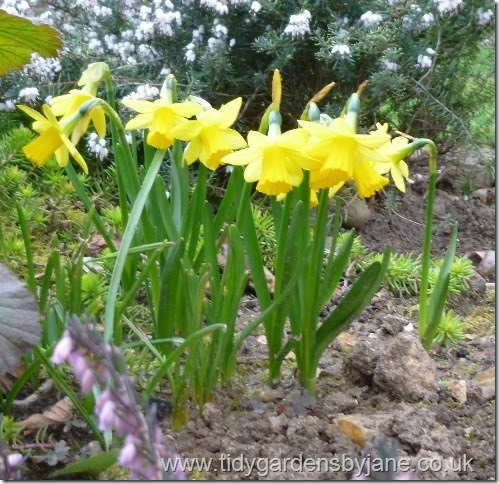 The first batch of Tête-à-tête have appeared, there should be some Rip van Winkles (Mr TG’s favourites) but they’re yet to appear. 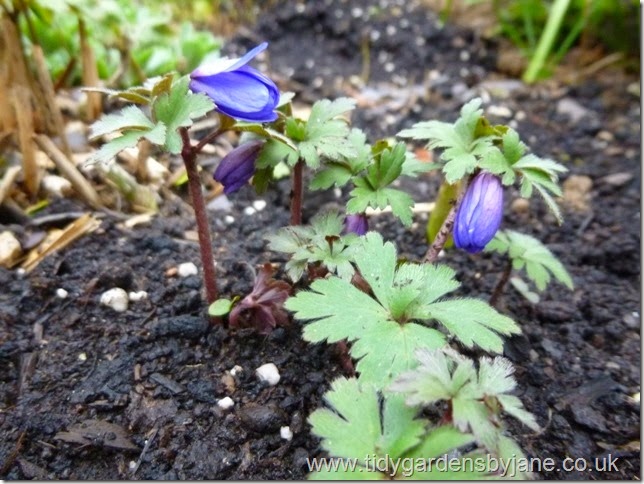 Wind anemones are poking their little blue heads through the sodden soil. 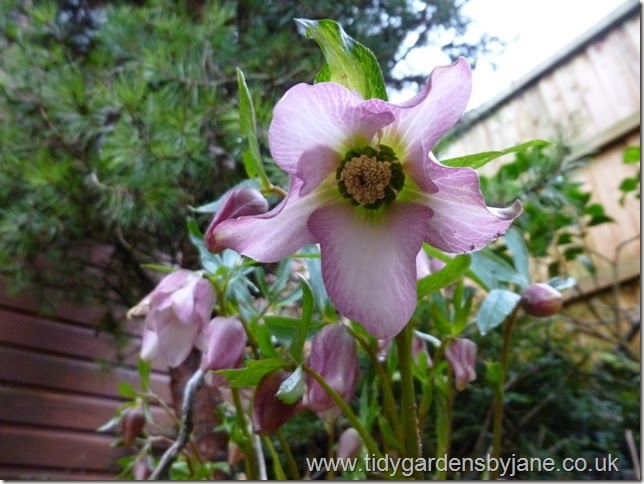 Hellebores are better than ever this year.
Looking forward to my Double Ellen collection due to arrive in May. 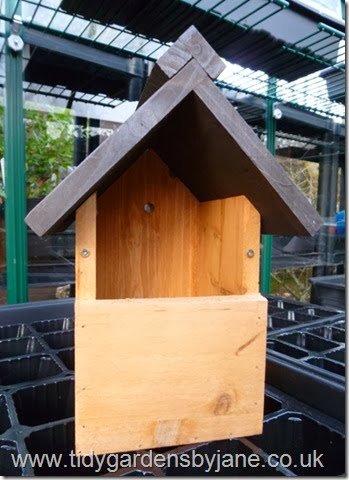 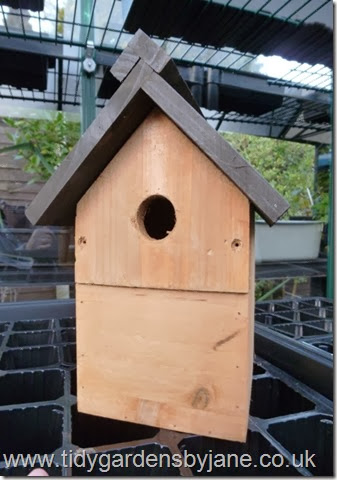 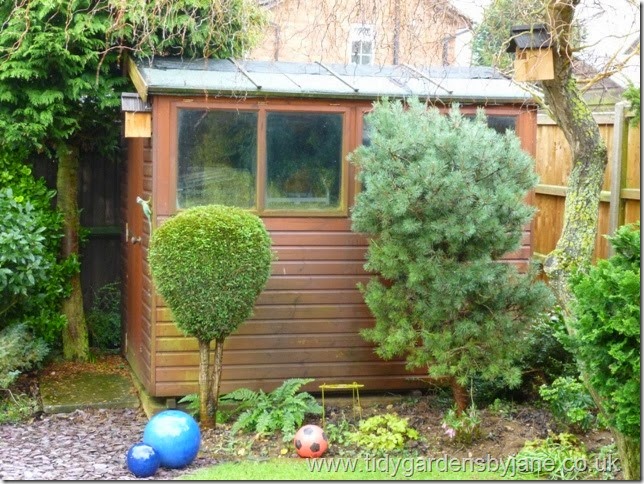 Bird boxes have been put up for the first time. We’ve always had cats in the past so didn’t want to set up a fast-food canteen for them. Alas the kitties are no more so time to branch into avian property developments.
The house with the port hole doorway (designed to attract tits & sparrows, both of which we have in abundance) was fully furnished with a fresh layer of hay. 2 indecisive blue tits have been round for several viewings & ransacked the joint already. Clearly not impressed with my choice in home interior.
The other house with the open-plan layout (designed to attract our resident robin) has been ignored by the robin so far. The blue tits have also viewed this on numerous occasions…we’ll just have to wait & see what happens. So exciting! 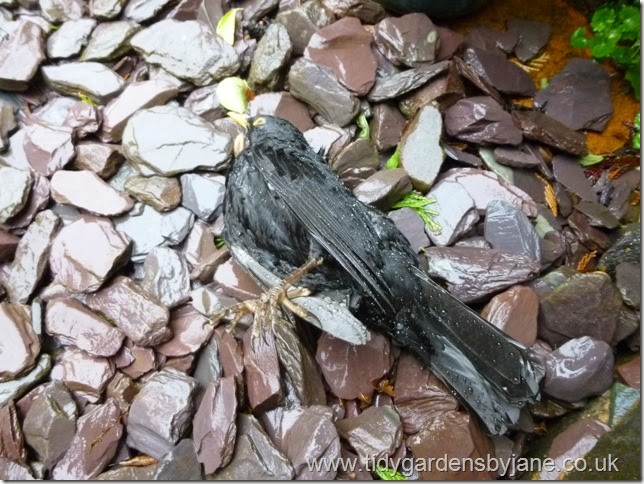 Alas, some sad news.
I was going to spend the afternoon pottering in the greenhouse but found Mr Blackbird dead on the pathway by the house. He was in perfect condition. We have had 2 in the garden recently, fighting over their territory and they whip round the garden so fast, I’ve had to duck a few times. I wonder if this poor creature crashed into the conservatory or garage wall. Such a shame. 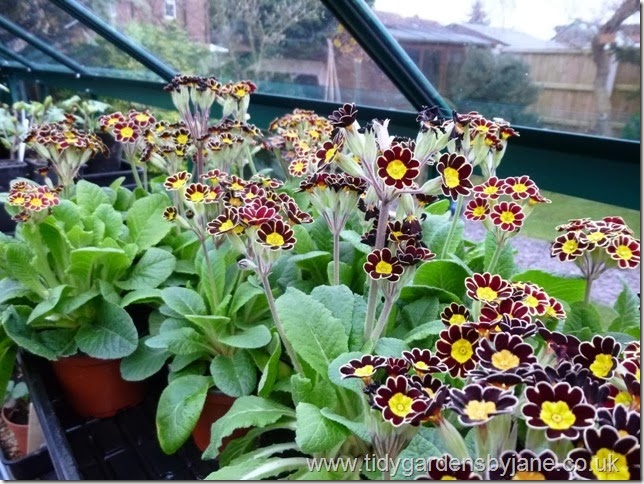 Cheerier news… a few new purchases for the garden.
Gold-laced primula (above), Silver-laced (below)… 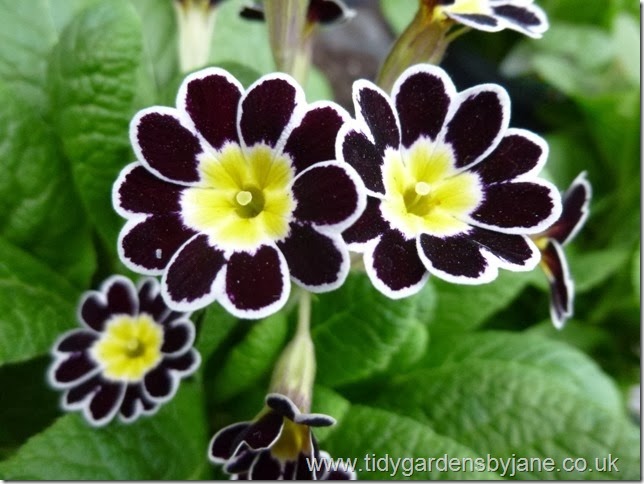 … and these 3 polyanthus that aren’t normally my ‘thing’ but these were the most vibrant, zingiest oranges I’d ever seen… I couldn’t resist. 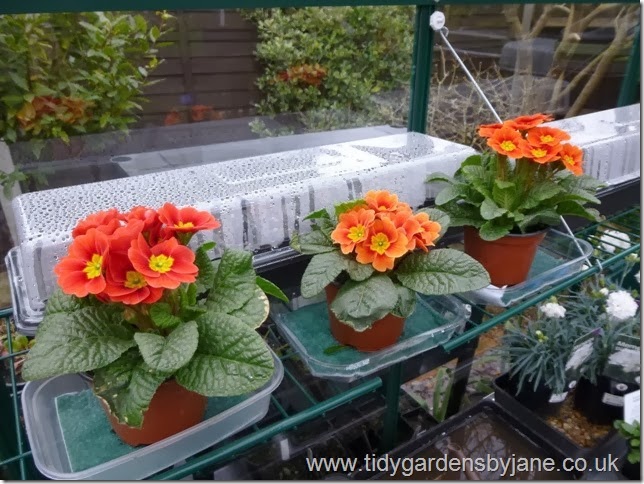 I’m gonna keep these, along with one of the silver-laced primula, in the greenhouse to oooh n’ arrr over and keep them in pristine condition. 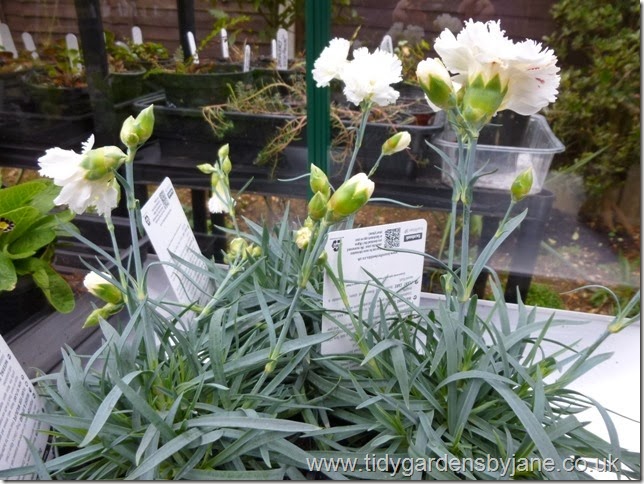 These were for Mr TG, Dianthus ‘Memories’… 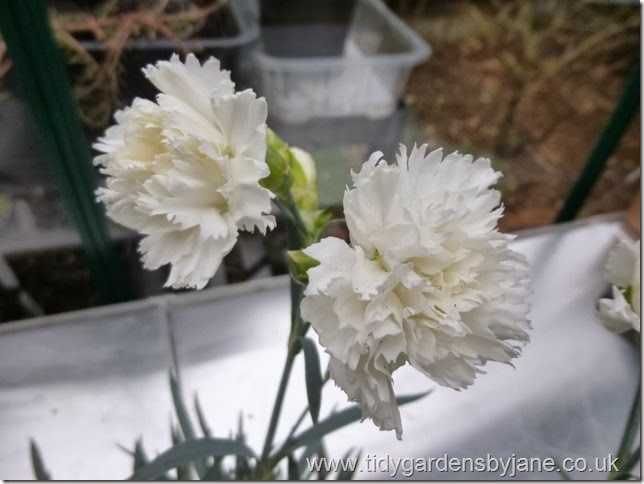 … which was apt, coz as soon as he inhaled their perfume he said it reminded him of his dad (who passed away when he was just 10yrs old) … so perfect.
So much more going on, I’ve got lots of seeds to try so there are seed trays & propagators everywhere, experiments of micro-greens taking place and 24 more bare root strawberries (Cambridge Favourite & Honeoye) have arrived.
The sweet scent of excitement is intoxicating.

Your garden looks incredible for this time of the year Jane - I do love that path.
Your Primula are lovely and of course the Dianthus - what a lovely memory for Mr TG to have.

Wow, wow, wow! All I can see when I look out the window is snow! Lucky you!

I so love the view of that greenhouse... The flowers are incredibly pretty... I love the Primula... The garden is so very lovely...

I so want to visit your amazing garden, Jane. It looks so beautiful. I love those primula. P. x

All your plants look so healthy, what's your secret?
Poor Mr Blackbird :(