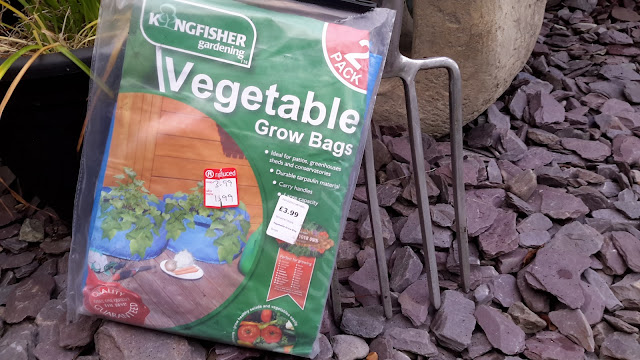 Grrrrrrr!
One word ... Blight!
Nuff said.
The veg beds have been stripped and a decision made... give up growing tomatoes.
I've grown them successfully for years, enjoying a daily supply throughout summer, but for the past few years summer weather has been rubbish for toms, they've taken forever to ripen, there's been a glut of semi-ripe fruit in autumn followed by blight...Ugh!!! 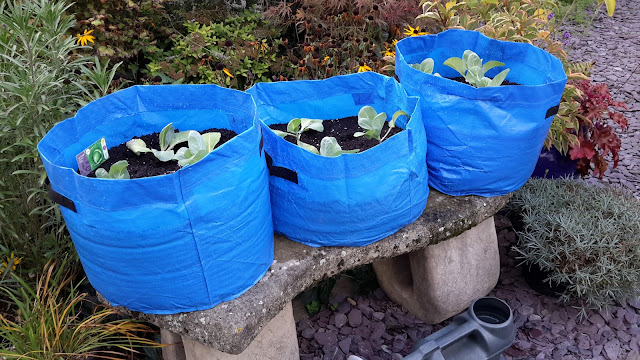 So let's not mention the 'T' word again...ay?
This autumn I'm going to have a go at growing cabbages in the greenhouse, but eating them as greens. The variety I've bought is 'Spring Duchy', which can be eaten earlier as greens or left to develop longer into hearty cabbages. I got a pack of 9 plantlets for £3.99 from Wyevale. 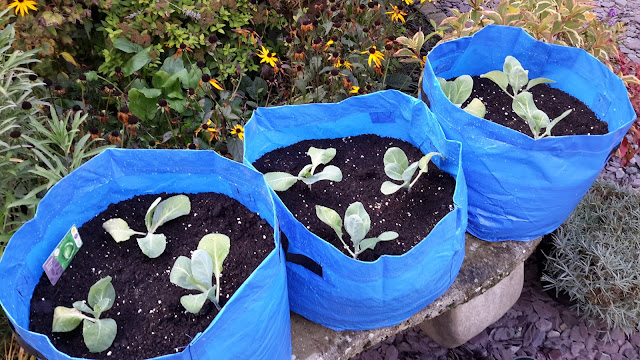 It's still too warm in the ol' greenhouse during the day so I've planted 3 plants into each of these veg' growing bags (reduced last week in The Range from £3.99 to £1.99 for 2) and will leave them growing outside for a while longer. I've put them up on this bench so hopefully the pigeons & slugs won't see them. 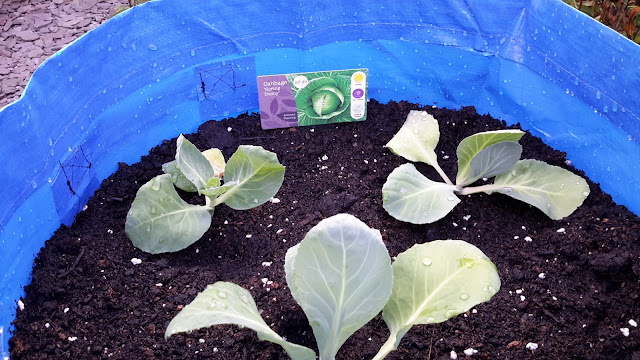 I'll eventually move them into the greenhouse and leave them them to grow on in these bags.
I'm super excited about this experiment. 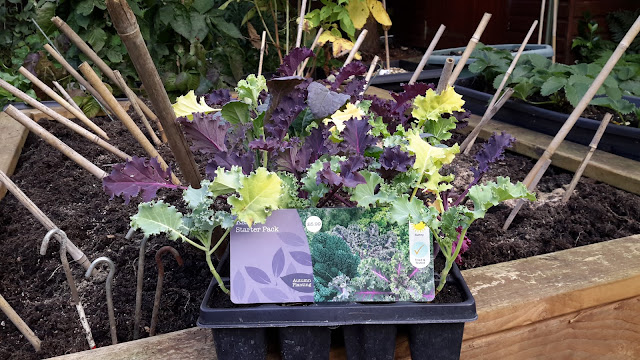 Something else I've not grown before is Kale.
This is a mixed variety 'starter pack', again from Wyevale, they were £5.99 for 20 plants (4 x 5 varieties). 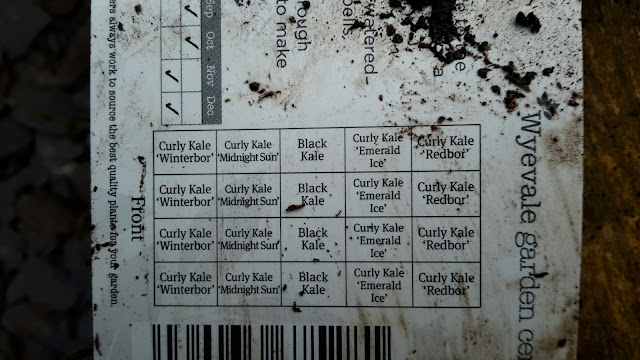 Excuse the mud.
These have gone straight into one of the raised veg beds that has been beefed up with some fresh compost, well rotted manure and a sprinkle of fertiliser. 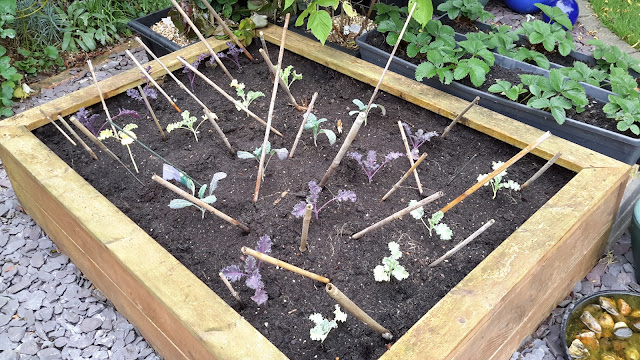 Sorry the "t" didn't work out, I've had the same problem and I'm not exactly in your neighborhood! Love the sticks to keep the pigeons and kitties at bay, you're so clever!

I am not going to mention the T word or even the B. However P for you know what, yes almost as bad as slugs.
Good luck with the cabbage experiment.

Hi Jane, Sorry to hear you've had such bad luck with tomatoes....they are so wonderful right from the vine!I'm all for cabbage and kale. Your raised bed looks amazing! Happy Gardening!