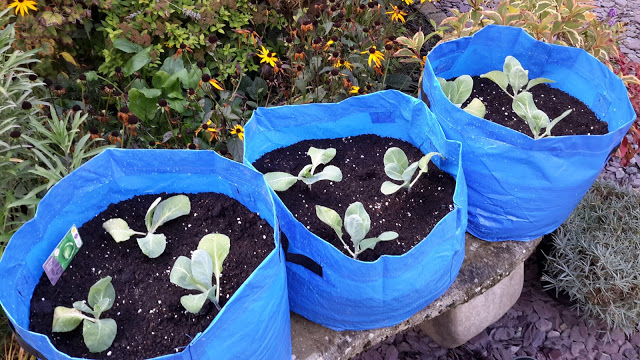 Back in early October last year I wrote about growing cabbages, to be eaten as spring greens, in the greenhouse....click here.
They were a 'Spring Duchy' variety that could be eaten early as a spring greens or left to develop into hearty cabbages. I put 3 pluglets into each of these planters and popped them in the greenhouse once the colder weather arrived. I have a client who is doing the same experiment with me and while her cabbages romped away in her greenhouse, mine didn't really do much so I decided to pop them into one of the raised veg beds (as it was such a mild winter) to see if they'd perform better, which they have...phew! 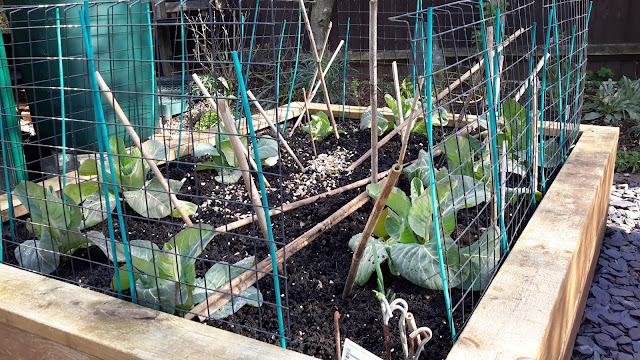 Darned pigeons have spotted them so I have installed fencing, a moat, armed guards and a rottweiler to keep 'em off! 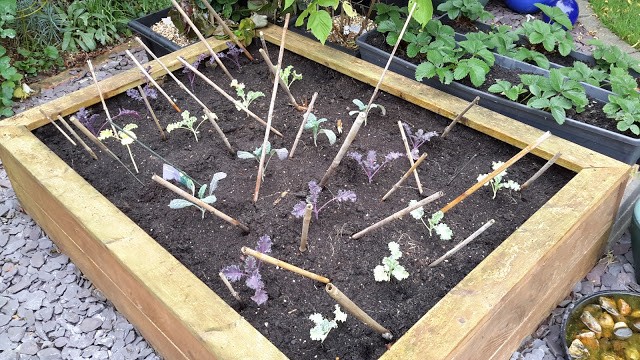 As well as cabbages, I've also been having a go with Kale. The image above was also taken back in October of last year when I planted up a starter pack consisting of Curly Kale 'Midnight Sun', Black Kale, Curly Kale 'Emerald Ice' & Curly Kale 'Redbor'. 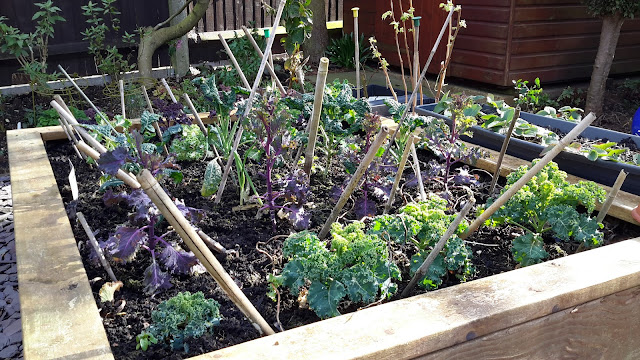 Here they are now...they're not huge but boy do they taste good!!! 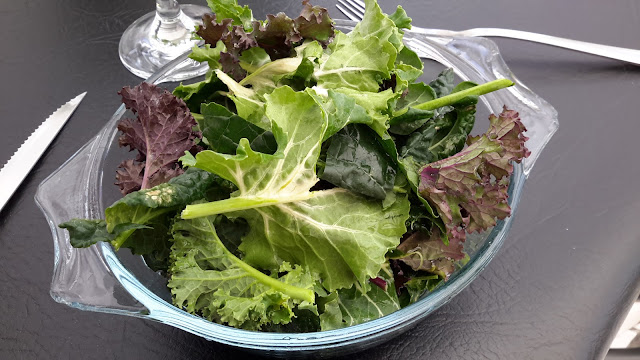 Nothing beats growing it yourself!

Hi Jane,
I had to laugh over your garden fortress!Fortunately, we don't have to contend with pigeons but, plenty of other pests!
It's interesting that young cabbage is being eaten raw. I like cabbage. It must have a little bit of a "bite" to it.
Time will tell if it's something that catches on in the US.

Ha, that's some impressive defensive measures!! At least it seems to have worked well!

No birds in my garden but the slugs love my little cabbages - Dutch White.
Ray

My eldest daughter taught me to eat raw greens....terrible twos taught us all to be Vegan!!!! I imagine young shoots are really tasty